Last week I attended the 24th edition of the Malofiej Infographics World Summit in Pamplona, Spain. It was an incredible week: I met some really great people and as a member of the Awards jury I got inspired by seeing literally hundreds of illustrations and data visualizations, online and on paper. 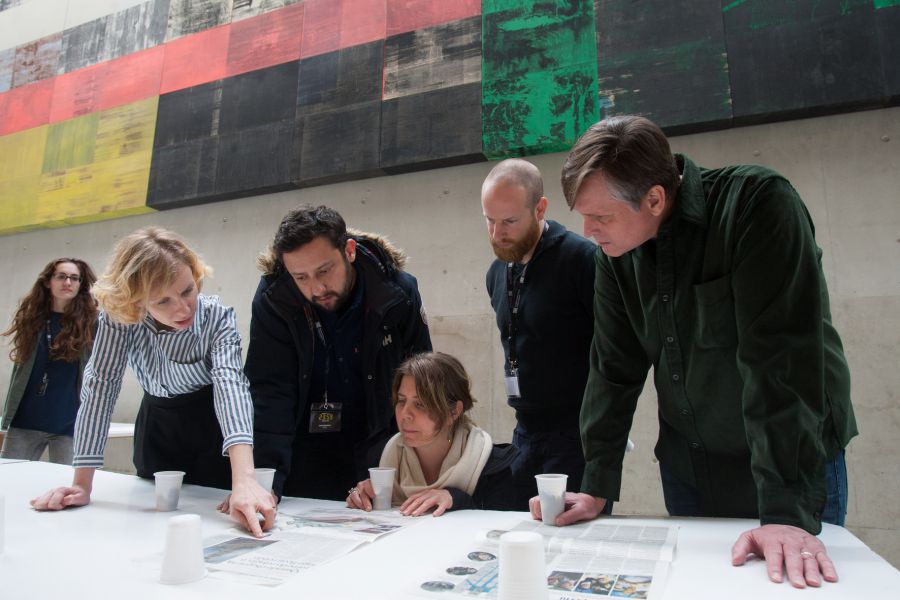 As you can see in this picture, I was part of the jury evaluating the paper entries of the competition. A great experience and I learned a lot from it, but as a mostly online journalist I was also very curious about the medals awarded in the online competition.

The official list of the awards was published as a pdf and is sorted by category. I sorted the list of the online medal winners by medal color (gold, silver and bronze) and grouped the medals by media. I think this is a little more convenient for browsing all the winners.

Homan Square: a portrait of Chicago’s detainees | The Guardian US

The Next to Die | The Marshall Project

How Syrians Are Dying | The New York Times

A 3-D View of a Chart That Predicts The Economic Future: The Yield Curve | The New York Times

The Climate Change Pledges Are In. Will They Fix Anything? | The New York Times

Germanwings: The last minutes of Germanwings flight 4U9525 | The Guardian

How the Hajj Stampede Unfolded | The New York Times

What Happened on the Germanwings Flight | New York Times

Greenland Is Melting Away | The New York Times

Every death in Game of Thrones | The Washington Post

Courts Are Shaking Up House Elections in 2016 | Bloomberg News

This Is How Fast America Changes Its Mind | Bloomberg News

How to Catch a Spoofer | Bloomberg News

A tortured heap of towers’: the London skyline of tomorrow | The Guardian

Unaffordable country: Where can you afford to buy a house? | The Guardian

The Complete History Of The NFL | FiveThirtyEight

Which Flight Will Get You There Fastest? | FiveThirtyEight

Tour de France: the climb of Alpe d’Huez | The Guardian

Workers’ Comp Benefits: How Much is a Limb Worth? | ProPublica