I'm a regular keynote speaker and teacher on data related topics, like data visualization, data journalism and open data. Here are some of the slide decks I used and some videos of recorded talks.

I talked about Xenographics also on the great Datastories Podcast. Listen to the episode with me here.

I also talked about Xenographics at the Sustainable Development Goals DataViz Camp at the University of Twente, the Netherlands. 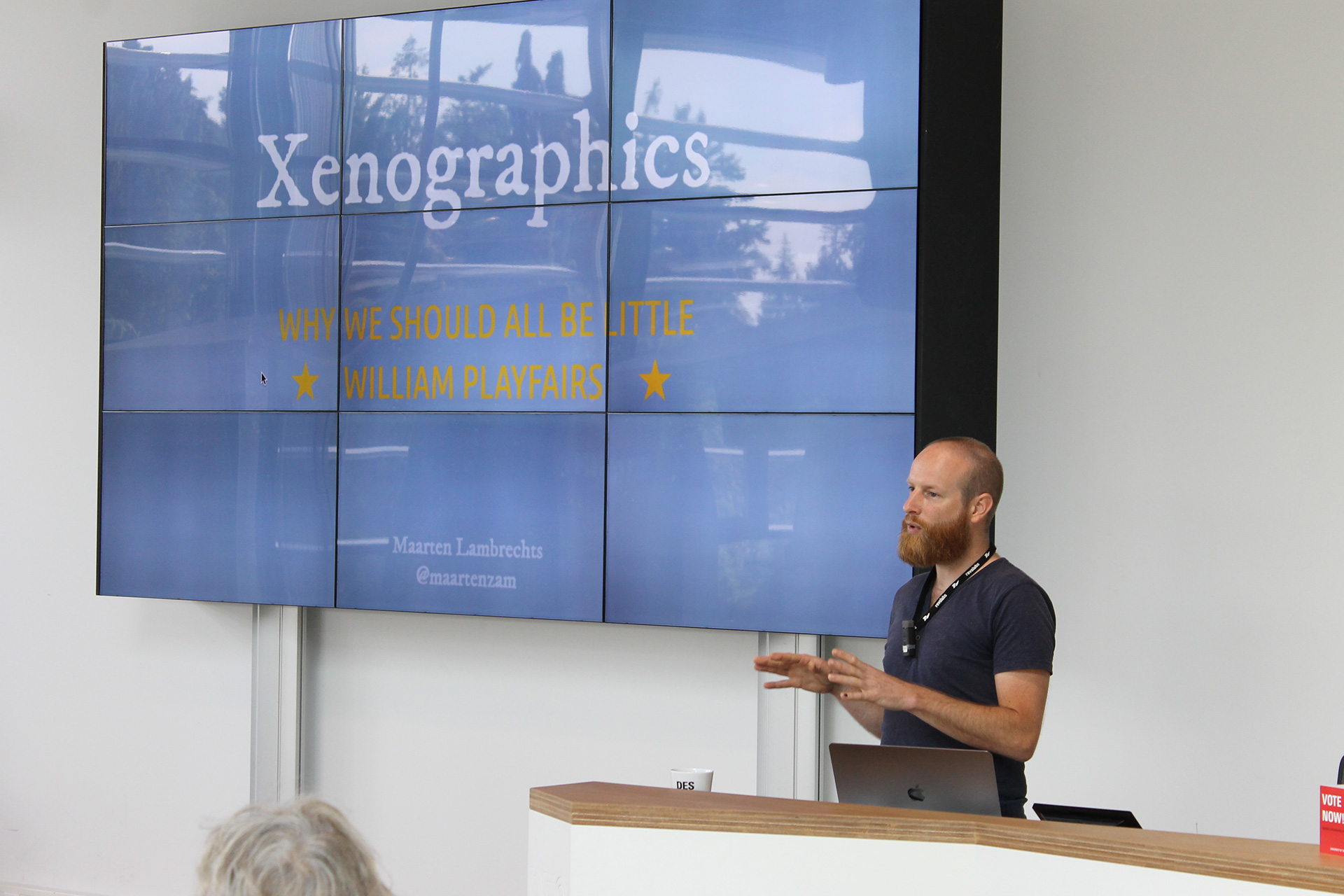 Roll with the Polls

How Belgium is heating up: a making-of

“I believe strongly in explaining complex things visually and interactively” on yourdatastories.eu.

Just leave a message, email me or tweet me, I will get back to you as soon as possible.