When creating larger online projects, you sometimes just put things together that you’ve made and learned before. And there is lot of value in the combination of earlier work and knowledge. But inevitably you will learn and insert new things as well. With this post I gladly share what I learned from putting together one of my biggest data and mapping projects so far.

The most detailed level at which statistics in Belgium are collected are the so-called statistical sectors. Belgium has 19.782 of them, the average statistical sector has an area of just over 1.5 square kilometer and holds a little over 560 persons. That’s a lot of detail.

So when the geodataset on the statistical sectors was released as open data, I knew there was a lot of potential for making interesting maps.

After a tip from a friend, I was able to gather average home sale prices for all statistical sectors for the 2010-2014 period. As my employer publishes a yearly real estate guide, we decided to base part of the new guide on the statistical sector data.

The data consisted of 5 csv files (one for each year), with an ID, the real estate category (from apartments and houses over villas up to, yes, castles), the number of sales, the average price and the median price for every statistical sector. 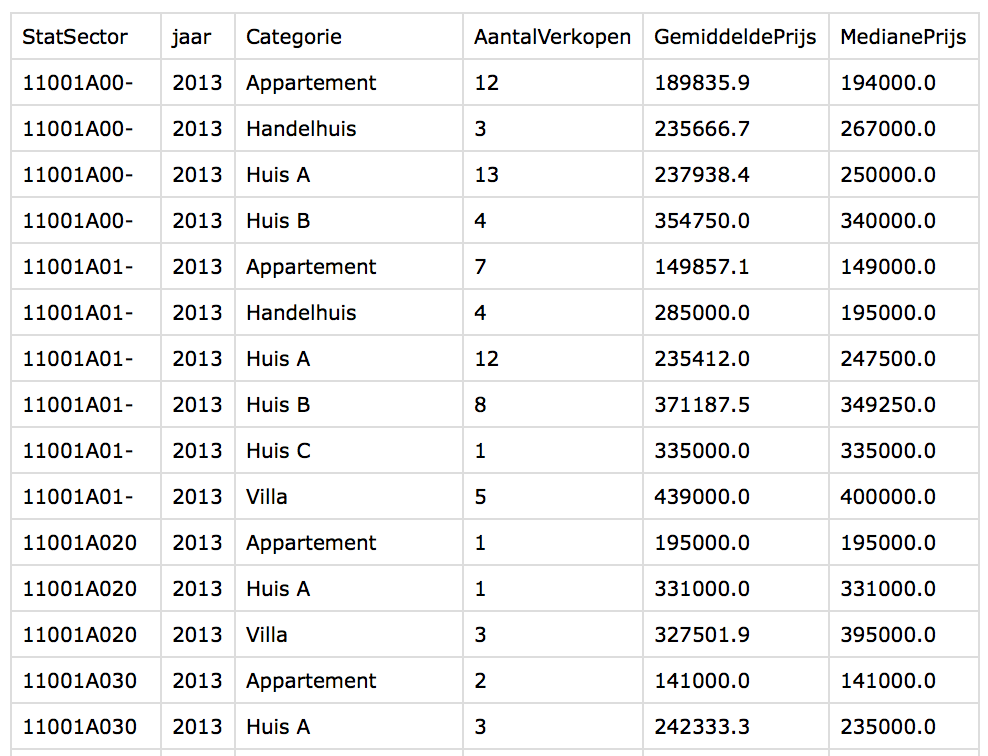 I decided from the start not to use Excel for data manipulation and take the opportunity to sharpen my R skills. I got to know the dplyr and tidyr packages, which are enormously helpful. The RStudio data wrangling cheat sheet was my best friend. I used it to filter, summarise, unpivot and join data.

The geodata I started off with, was a shapefile of the statistical sectors, including the ID for every sector, along with the name of the sector in Dutch and/or French. 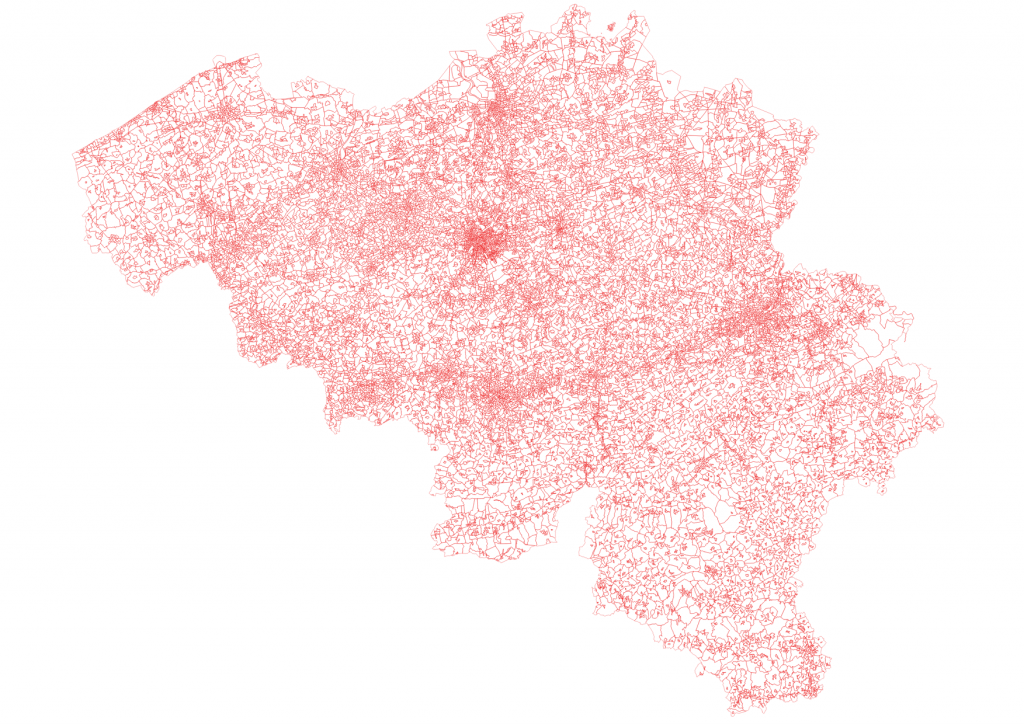 What I wanted to do first, was showing the data and the possibilities for getting stories out of it to my colleagues and bosses. I decided to focus on the spread of house prices within each municipality, becaus the majority of Belgians identify a lot with their municipality.

There are 589 municipalities in Belgium, so on average a municipality is divided into 34 statistical sectors. That is more than enough to show geographical trends for most of the municipalities. So I turned to R and

After that, I joined the data to the shapefile and produced some maps with QGIS. 2 plugins were very helpful: the Mask plugin allowed me to show only the sectors from 1 municipality and setting the ones from neighbouring municipalities to the background. And the OpenLayers Plugin allowed me to pull in a background layer for my maps (I used Toner from Stamen Design). Also very handy: you can choose Colorbrewer pallettes right from the QGIS layer properties.

This is one of the first maps I shared with my colleagues: 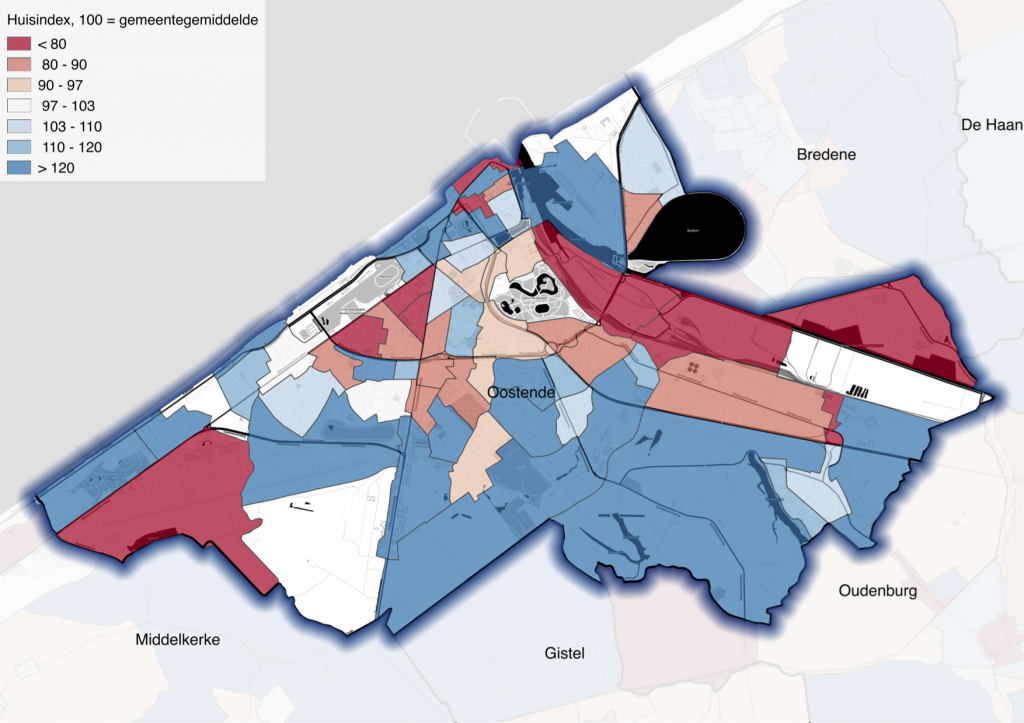 With this map, I could convince my colleagues and bosses that the dataset was quite valuable and we could base a lot of stories on it. Now I needed a working interactive prototype to give acces to the data in a user friendly format, so my colleagues could do their job well and report on the data without being data experts.

I wanted to see how far I could get with Mapbox GL and Mapbox Studio. I learned a lot about these beatiful technologies, but filtering and styling the data on the map proved to be a bit to cumbersome. So I switched to CartoDB to host the data. I uploaded all the data (a 55+ MB shapefile) there. Now I could query the data, get a GeoJSON out of CartoDB and let Mapbox GL zoom and render the map. 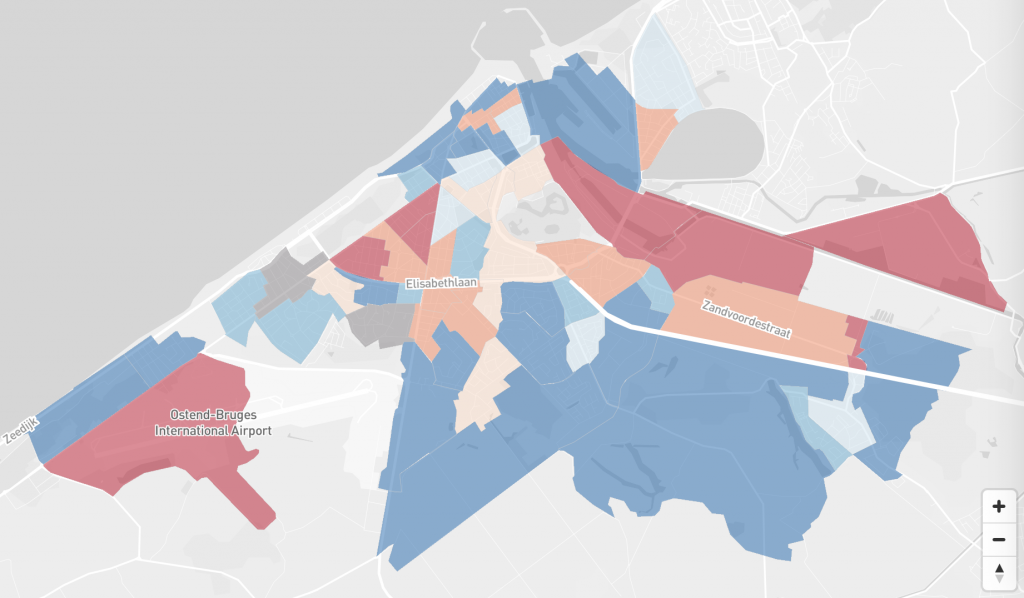 Screenshot of the MapboxGL prototype.

This was ok as a prototype for my colleagues. But as they noticed it didn’t work in some browsers. Unfortunately, the world isn’t completely WebGL ready yet.

So for the final online map (Dutch, French), I switched to CartoDB.js completely.

So this is what happens in the final map:

Check it out below, or see it live.

Offcourse, for the magazine, I needed static maps too. I made them from start to finish in QGIS and exported them as pdf. 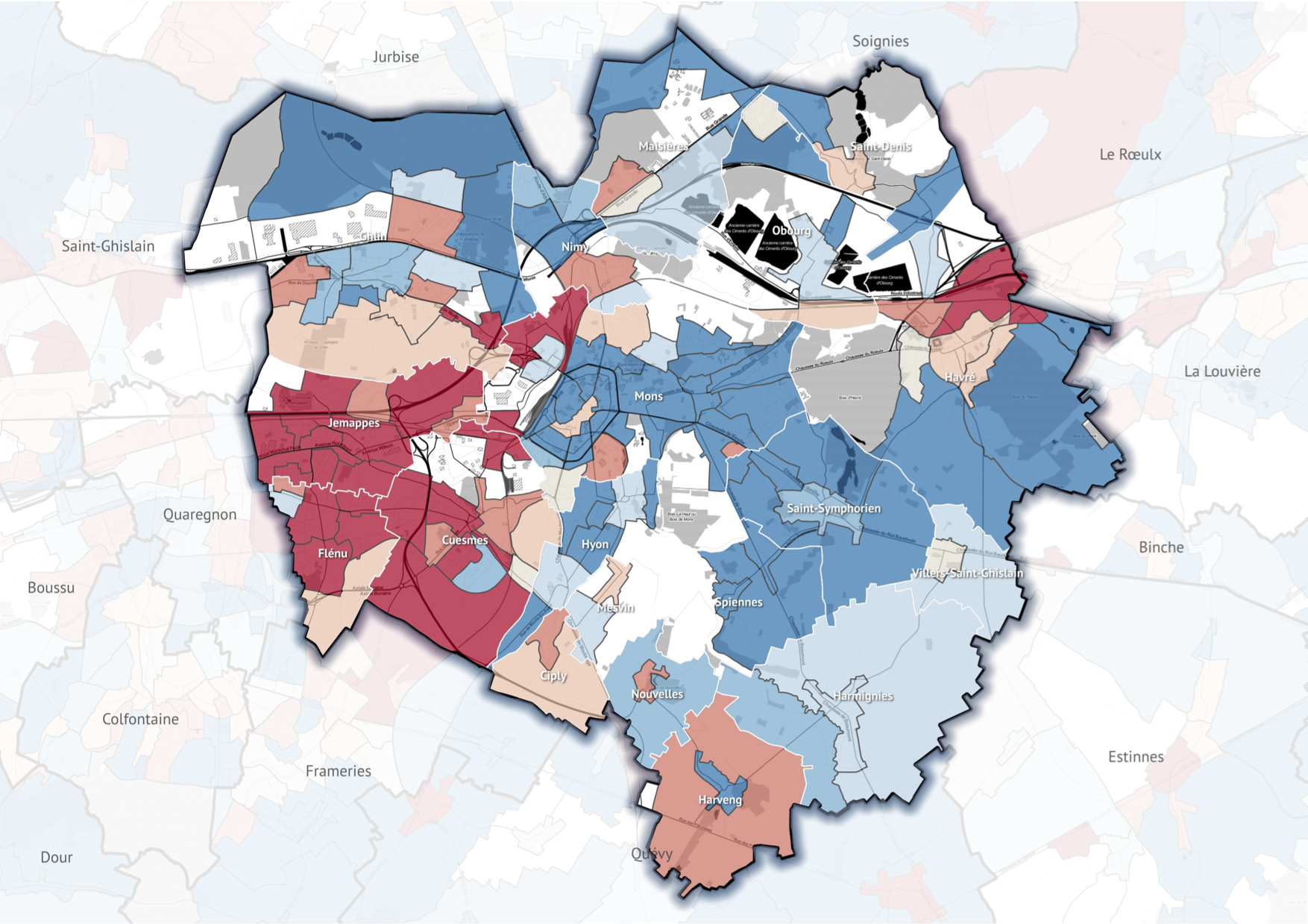 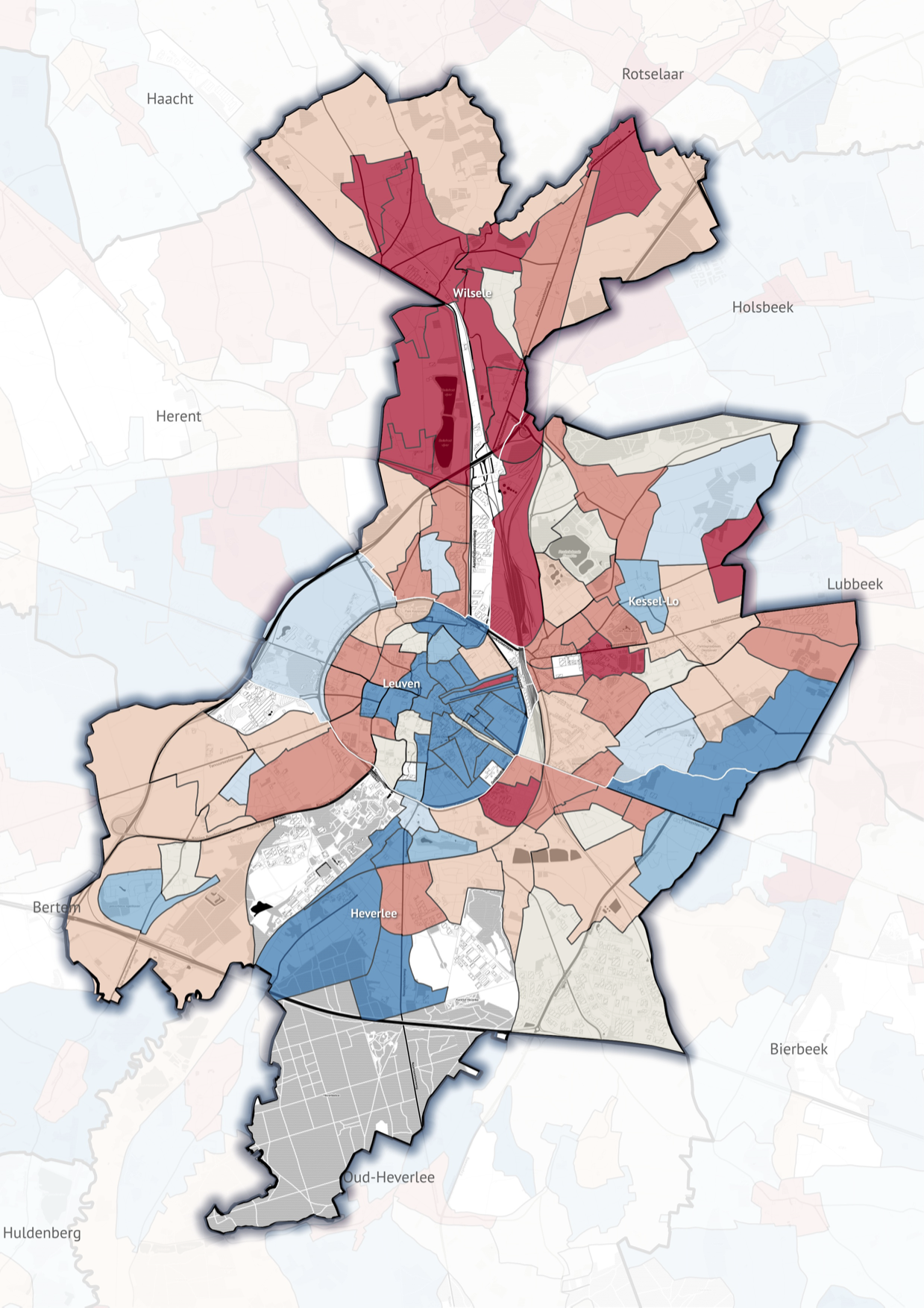 Legends and additional annotation (labels in black boxes) were done by the layout people of the magazine.