When the president of the parliament states that there are some MPs “doing nothing” you know what to do as a data journalist: you turn to the numbers. This is how I did that and how I got a scatter plot in a printed paper and an interactive one online.

I knew that the Flemish parliament has a strong open data policy and publishes all parliamentary activities of the members of parliament, so I decided to check out their API. But the API proved to be a bit difficult for me:

After a while I gave up on the API, the xml’s and the json’s and I decided to just scrape the website instead. Luckily, the website is very well structured and contains all the information I wanted in a very structured way.

I used the rvest R package for scraping. I took some time in the summer to learn R and some of its useful packages. I’m very glad I did that: it is paying off already.

What the scraper does (you can find all the code at the bottom of this page):

Fairly simple, all in all. I wasted much more time trying to collect the data with the API then writing the html scraper.

I decided to analyse two measures: how much an MP said something in parliament and how many official documents (proposals, amendments, …) they filed. An obvious choice then was to make a scatter plot. I used ggplot2, another great R package I learned to work with, to do that. 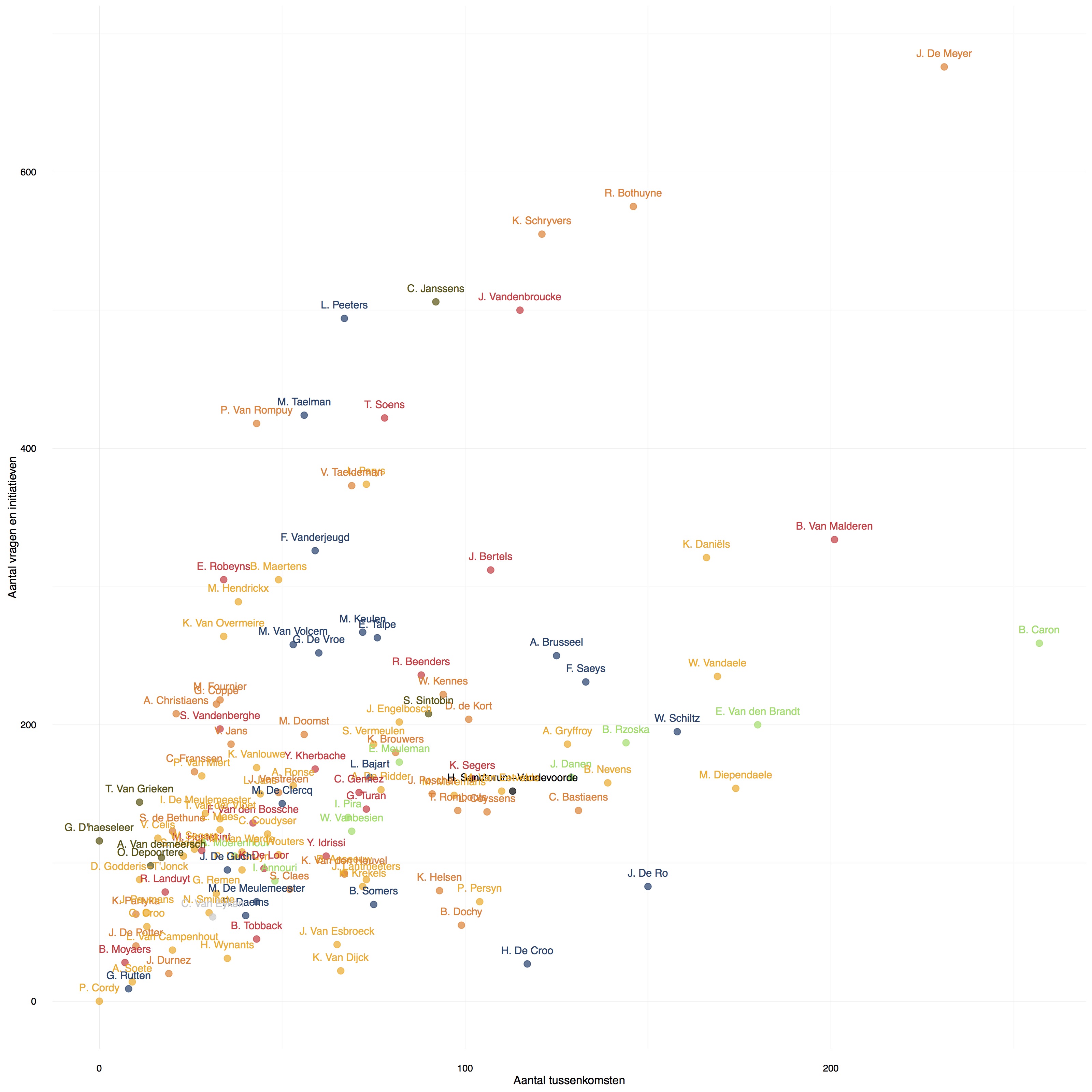 A clear trend, but also with some outliers in all directions: not bad for building a story. But how to do it? 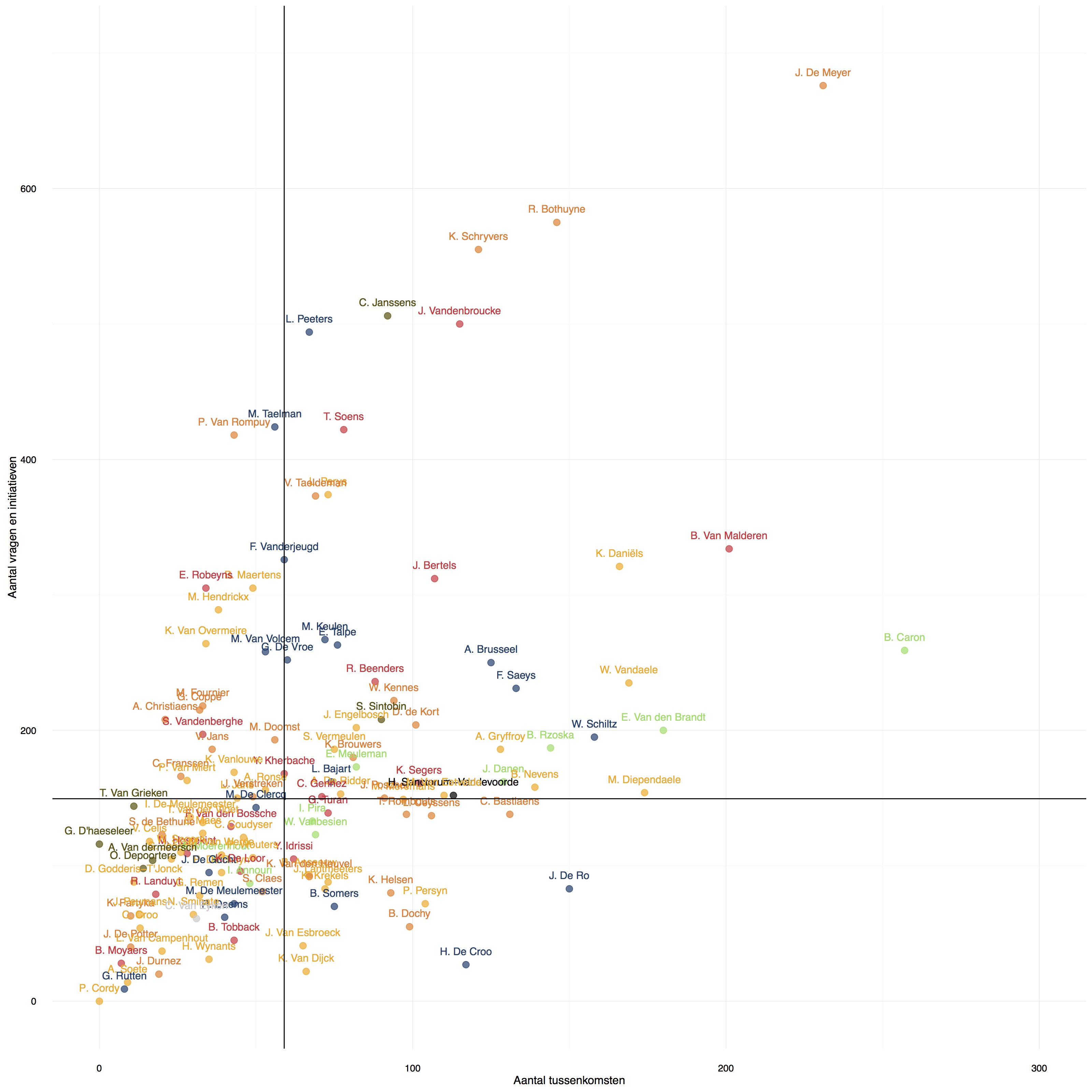 This added layer of classification, both in the story and in the graphic, proved to be the sugar to let the dry graphic that a scatter plot is to a lot of people (not to me!) go down. Without it, I don’t think I could have convinced the editors to run the graphic and I think a lot of people would have a harder time getting the chart.

For print, I generated the scatter plot with ggplot2 and exported it as a pdf. Further processing for print (which involved the manual placement of the overlapping labels) was done by my colleague @filipysenbaert, reporting was done by 2 colleagues of the politics desk. 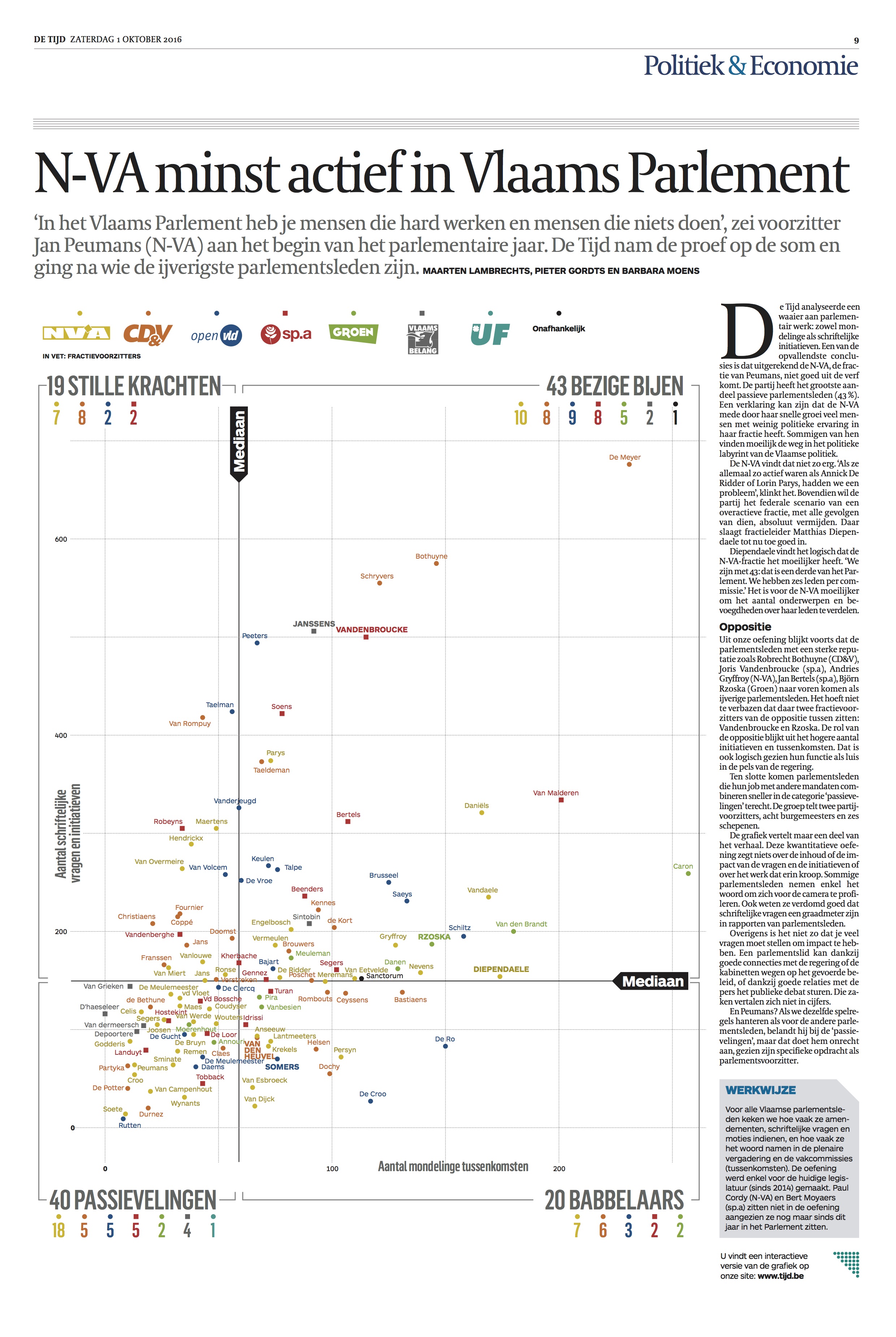 For the online version, I used D3 to make a scatter plot with buttons for highlighting and for zooming in on the ‘passive’ zone of the plot. Details of every MP are shown on hover/tap. 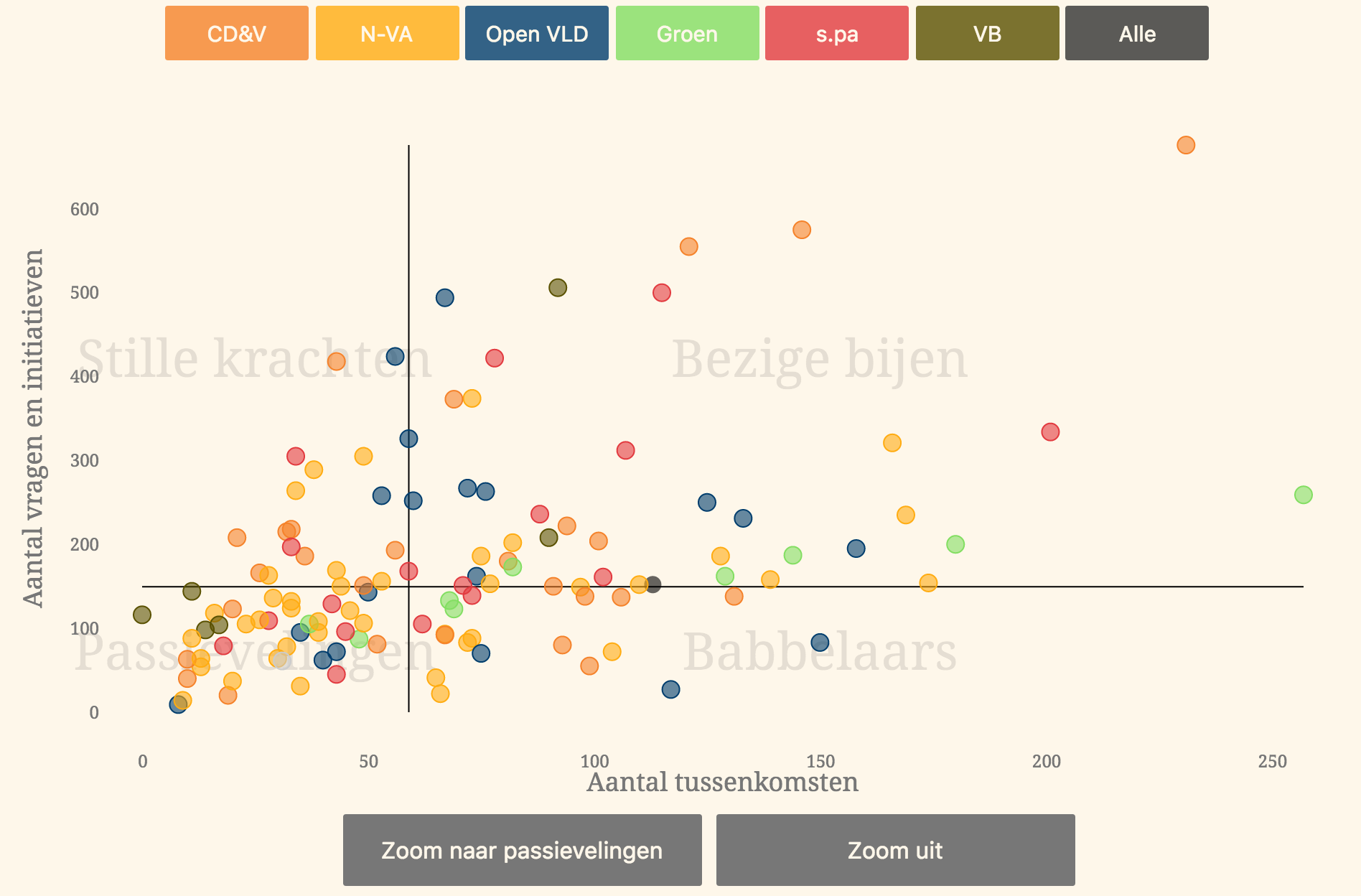 Mobile readers only get a static scatter plot, but they still get the small multiples for comparing the parties in parliament. Those were also generated with ggplot2.

As I wrote already: learning R payed off. And not only for getting the data and visualizing it: I now have an R script (see below) that I can run by clicking a button and it will get all the data, put it in the right format, visualize it and prepare the data for the interactive scatter plot. No tedious manual editing anymore!

I actually edited the script and ran it on Friday morning (the graphic was published on Saturday). Getting new data while I still had a lot of work to do for publishing was something I would have never done if there were some manual steps involved in the data gathering and processing.

I always struggle to explain in words what the median means exactly. But graphically this is surprisingly easy: on the scatter plot half of the points are always above, below left and right of the black lines. Can’t be easier, I think.

So here is the code you need to get all the data and make the plots: