Some weeks ago I attended the opening of the New Technics and Technologies 2015 Conference of Eurostat, the European statistical bureau, in Brussels. Among the keynote speakers: Alberto Cairo.

Alberto teaches Information Graphics and Visualization at the university of Miami. With his book The Functional Art, published in 2012, he became one of the most important evangelists of the datavisualization wave that is flooding virtually all sectors, from academics over media to the business world. He is now a sought after speaker in all these fields.

The keynote he gave for some 400 European statistics,  Visualization for everyone (pdf, 28 Mb, or watch the video here starting at 1:49:45), sums up his message very well: everyone can use datavisualization to his or her advantage. But from the hour I could talk to him afterwards, it was clear that he has some interesting thoughts on journalism as well. 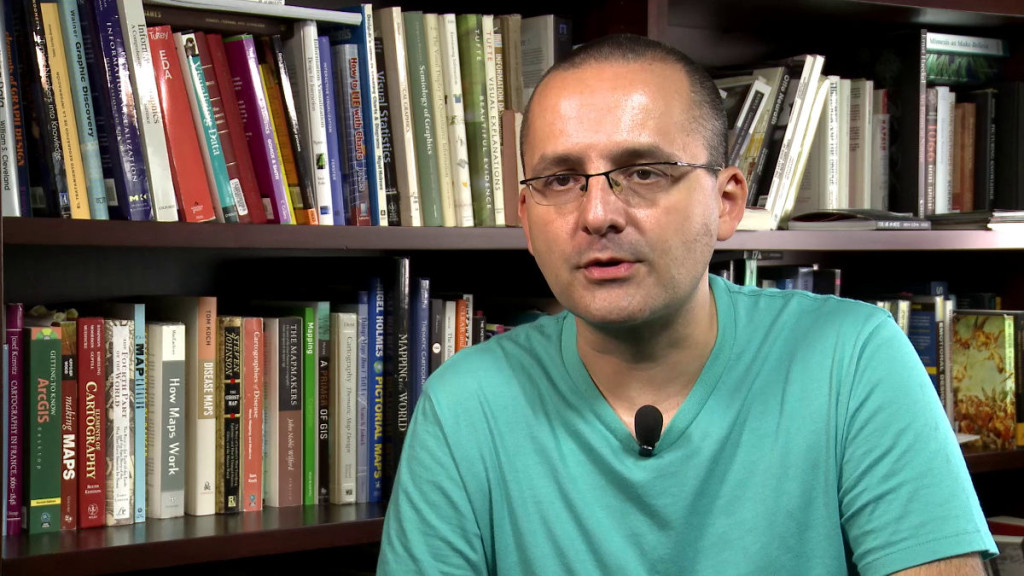 Alberto Cairo: "If you learn what I teach you really well, nothing will happen to you if the news industry goes under water at some point,"  I tell my students. Even if all the newspapers disappear, they all still will have a job.

I do believe that people tend to wrongly equate journalism with newspapers. The way I understand journalism is in a much broader sense. Journalism is not a profession, it is more of an activity. And it's a frame of mind.

I like collecting information, I like processing information, in a systematic and serious way, and I want to communicate this information to my peers, to my community, to other citizens. That is what a journalist does. If your doing that, regardless of your profession, you are acting as a journalist. You are giving citizens the information that they need, in order to conduct good lives. So journalism is basically a universal skill.

Some people don't embrace these ideas. They say: "Journalism is a profession, only professional journalists can do it." I completely disagree that with that.'

Could you give an example of this?

Alberto Cairo: 'I can. This is an example that is fresh in my mind, as I was writing about this case for my next book a few days ago.

When I was working in Brazil, I was a manager at news magazine Epoca magazine. And in Sao Paulo, there is a huge problem with heavy rains. It rains heavily in a particular time of the year and many parts of the city get flooded because of bad infrastructure. And some regions get flooded systematically.

The government has the data: it knows what areas get flooded more often. But they don't represent that on a map. The data is available, but the public cannot see it, just because you need to be an analyst in order to interpret the data.

So I read a story in the newspaper, an interview with a couple of computer science students who basically thought like you, or like myself. They said: "We have this data here, and a public need over there. Let's create something that turns all this complexity into something that people can understand and put it in the hands of the public." And they created an interactive map, where you can see what areas historically get flooded more often.

When I saw that story in the newspaper, I immediately picked up the phone and dialed the number of the HR department. I said: "Go the this newspaper, look at page number whatever. You'll see a name in there. Call that guy and bring him here."

So they located him for me online and he was asked to come over for a job interview. And the first thing he asked me was: "Why am I here? I am a computer scientist, I am not a journalist". I said: "No, my friend, you are a journalist. Because what you do is journalism: it is data driven, evidence based communication. That is journalism."

Journalism is not newspapers, journalism is not the radio. Journalism is an activity. It is a frame of mind. It is a way of looking into the world. That is what journalism is. Putting yourself into service of other people, by gathering information, filtering it, organizing it and providing it, so people can conduct better lives.'

What does that mean for journalism schools?

Alberto Cairo: 'Journalism schools should not be about newspapers. Journalism schools should be about teaching this skills I just described. These skills, that used to belong to newspapers and magazines exclusively, but today, thanks to the tools that we have, can now be exercised as a citizen activity. There will always be specialists, there will always be professional journalists, who do this kind of work for a living. But these kind of skills can benefit everybody.

Let's not try to misinform the people, to mislead the people or try to sell them stuff. Let's try to inform them.

Is that what your next book, The Truthful Art, is all about? 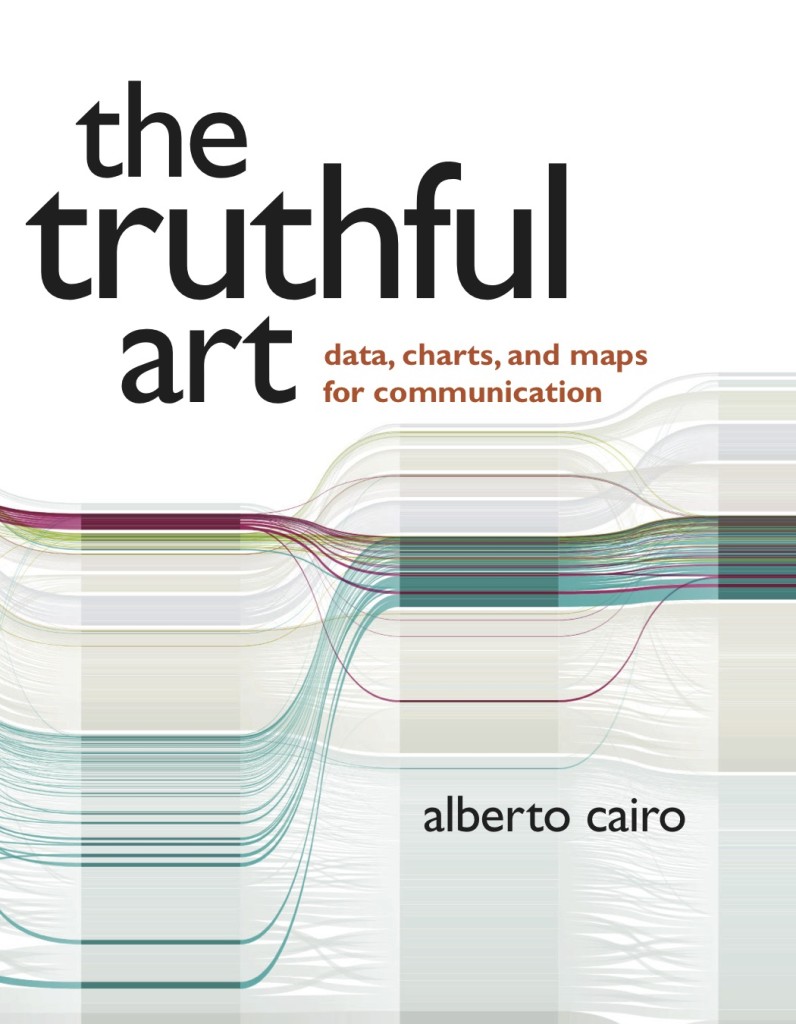 Alberto Cairo:  'Exactly. In the first two chapters I explain what I'm telling you right now. Journalism needs to become a citizen activity, something that everybody and anybody can adopt, a frame of mind. A way to look into the world, that is partly scientific, because obviously you need to assess the quality of the information that you have. But it is also partly design based, because you need to know how to present those facts to the public.

And is also based on the skills of traditional journalism, which are still invaluable: how to write a story, how to create a good hierarchy in the information, how to present first the most important things and than the background information. Those are the skills that journalists have developed throughout the years. Now it is time to bring these skills, the combination of those skills, to the world.

Science needs to get out of its ivory tower. Scientific skills, they are not hard to learn. The scientific method is actually quite easy to explain and it is quite easy to apply.

So in the book I try to explain how to apply a scientific stance and how to apply science to your own life: don't jump to conclusions, test your own conclusion, stop for a minute, gather more data, compare this to that, take a look at the evidence. And after you do all that, then you make a decision. That's science.'

So the Truthful Art is not a visualization book?

Alberto Cairo: 'It is a visualization book. Because I explain all these things using examples that come from the world of visualization. It is a book written for visualization designers and for journalists, because I do believe people like you are an exception, people who have a training in data, who know how to play and to work with data.

You are an exception in the world of visualization nowadays. Many people who work in visualization today are graphic designers. And they produce wonderful work. But in some cases they don't have the skills to assess the data critically before they represent it. So half of the book is about general principles on how to asses the quality of the data that you gather. So basic stats, at a very basic level, how to avoid the most common kinds of mistakes. I don't go into the details, I discuss these things very broadly as you will see.'