Up until now, my answer to the question 'Do you know what people are doing on your interactive pages' was 'No' or, in the case I didn't forget to include the Google Analytics code, 'Yes, but I only know page views and average time people spent on the page'. Not good practice, I know. So part of my professional New Years resolutions is better measuring what users do with the tools and interactives I build.

I'm lucky to have @RaphaelCockx as a colleague. He recently pointed me to Google Analytics Events. The door to the fun world of interaction tracking was kicked open.

Most sites already use Google Analytics to gather statistics on who is visiting what pages and where they came from. By adding just little bits of code to your interactive, you can very easily also monitor what buttons are clicked, where people are navigating to and what they entered in search fields for example, even when the user stays on the same page and the url of the page isn't changed.

As the GA Events docs specify, all you have to do is add the following snippet to your code:

Let's explain this with a real life example. I recently made 2015 in 365 images, an overview of the past year, with one image for every day of the year. It is the first application I set event tracking up for. 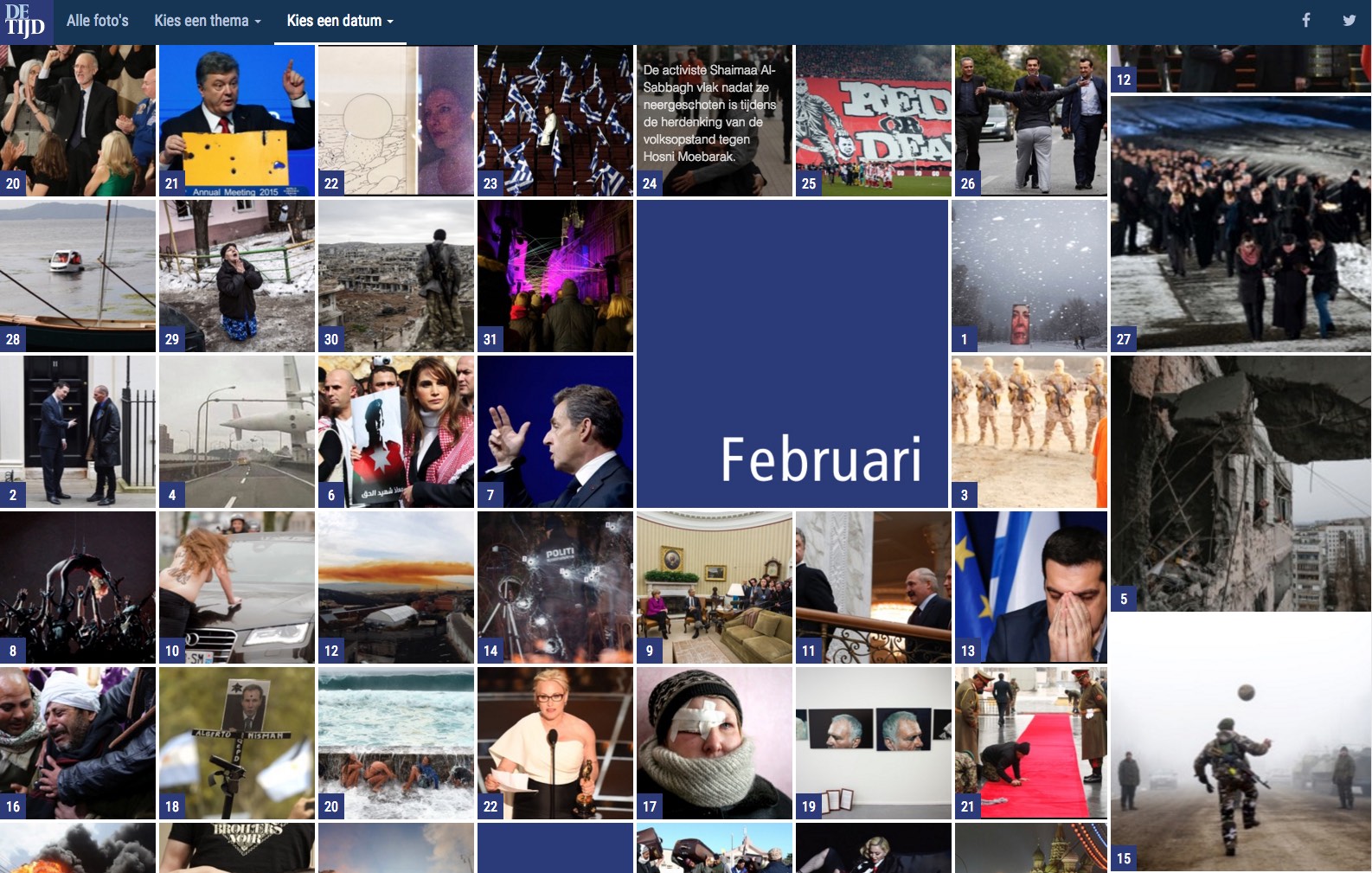 In the application, users can view large versions of the images in a slider by

So I wanted to know

The event category is just a name to seperate the events you want to track from other events that might be configured on your site. When you're tracking, you can find all the events of a category under Behaviour > Events in Google Analytics. 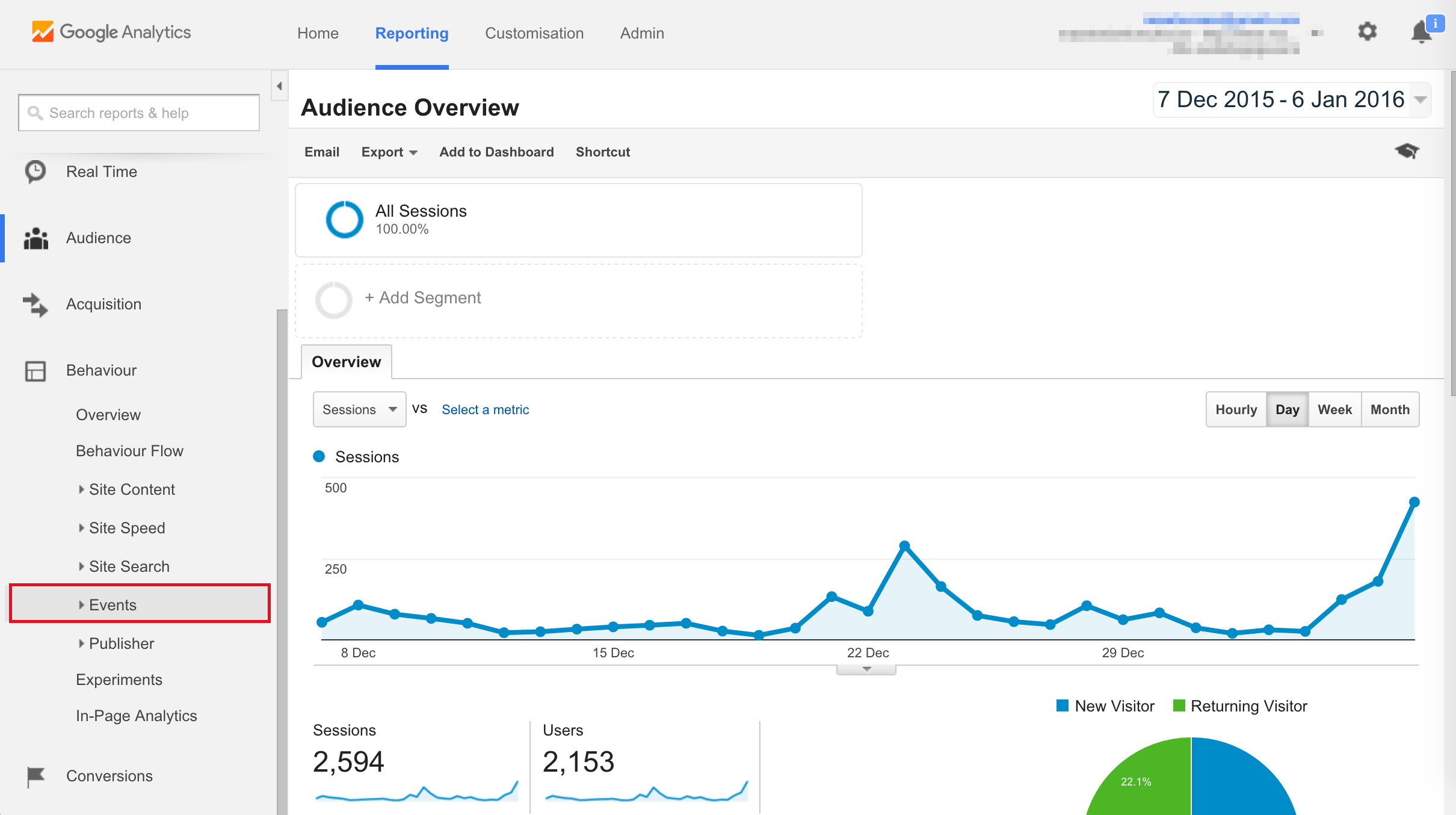 Finally, the event label is just an extra dimension of the events you can track. I set it to 'inslider', 'clicked' or 'direct', depending on how the user ended up viewing the picture (so I put this snippet in 3 different places in my code):

As I understand it well, I could have switched the event actions and labels: they are just dimensions to slice your tracking data.

It turned out people liked navigating the slider a lot: 97 percent of picture views were generated by navigating left or right in the slider.

People kept on navigating for quite some time: average number of photos viewed per pageview was 43 and average time on site was a whopping 25 minutes.

The most clicked image by far (18 %) was the one from January 1st. So a lot of people just went in from the start. Other higher than average clicked images are fearful (3rd of February), spectacular (4th of February) or funny (2nd of July) 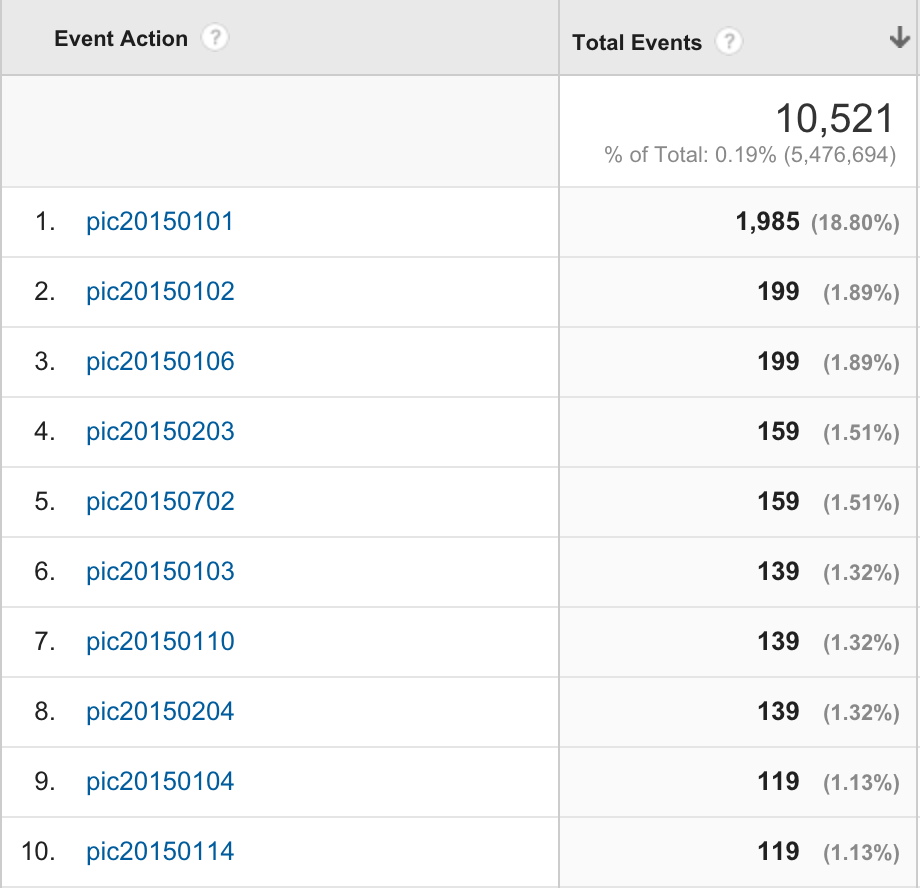 As a lot of people started navigating the collection in the slider from the first images, the top 20 most viewed pictures in the slider were all from January. The first picture not from January or February is only ranked number 50. 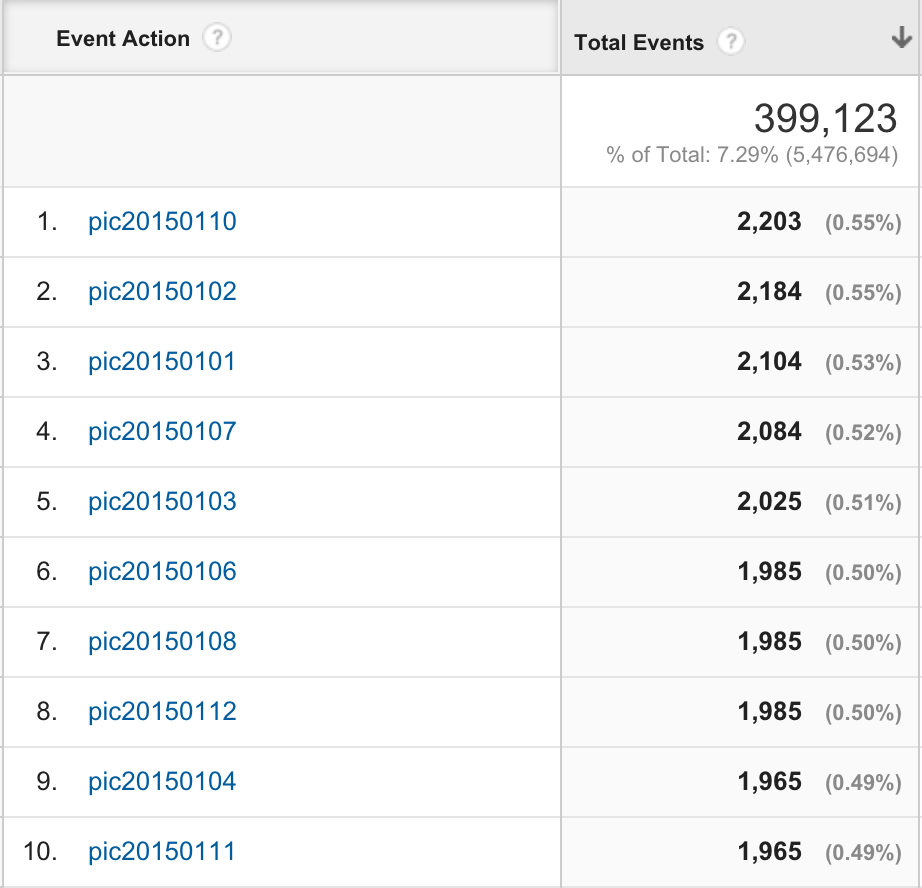 So if I would decide to remake the same application next year, I might

So, what are you going to track?